Gillian Richardson discovered she was a writer one day in 1985. On the phone, an editor said, “We’d like to publish your book, One Chance to Win.” Up to that moment, Gillian had thought of herself as a reader (a book-worm since about age 4), a teacher (showing others how to read and write) and a teacher-librarian (sharing other writers’ stories with her students). Having a first book published didn’t change all that, but it opened a new door to an exciting dream and a huge challenge – if one book was possible, could she write more? Ideas were everywhere, after all.

Gillian has since written over 17 children’s books. They include realistic chapter books and novels about finding a sense of belonging, the rewards of helping someone of an older generation, and meeting the challenge of a serious illness. Her picture books show themes of honesty, being true to oneself, and understanding nature. She has written biographies, science, geography and history books for young readers.

Some ideas aren’t big enough to be books. Gillian has turned many smaller finds into children’s magazine stories and articles using nature as a focus. Combining research on animals such as foxes, pronghorn antelopes, porcupines, mountain goats, snowshoe hares, owls and grebes with a fictional dramatic survival moment is an especially fun and rewarding kind of writing. Nine of these stories have been published in Cricket, a top US children’s magazine.

Animals that spend time upside down, and the tiniest of creatures became the subjects for articles that appeared in WILD, a Canadian nature magazine. Gillian’s article about Mt. St. Helens was published in a UK magazine, Aquila, on the 25th anniversary of that volcano’s 1980 eruption. She wrote about a variety of topics like cactus, solar energy, platypus, shells, crows and fingernails for KNOW, a Canadian science magazine for kids.

For 13 years, she taught other adults to write for children as an Instructor for The Institute of Children’s Literature. As long as ideas are everywhere, Gillian hopes to keep rediscovering that she is a writer.

Gillian is one of the two original Robins in the group. She has been a member since 1984.

10 Routes that Crossed the World, by Gillian Richardson

10 Ships that Rocked the World, by Gillian Richardson

10 Plants that Shook the World, by Gillian Richardson

Too Ba-a-ad! ~ by Gillian Richardson

Ants Belong Outside, by Gillian Richardson

A Friend for Mr. Granville, by Gillian Richardson

Bryce on Track, by Gillian Richardson 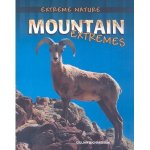 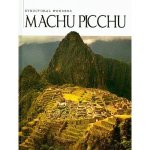 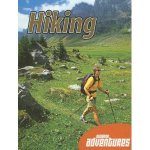 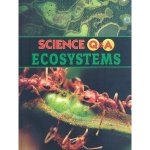 The Migration of Robyn Birchwood, by Gillian Richardson

One Chance to Win

Click on a book link for more information about a book:

This site uses Akismet to reduce spam. Learn how your comment data is processed.